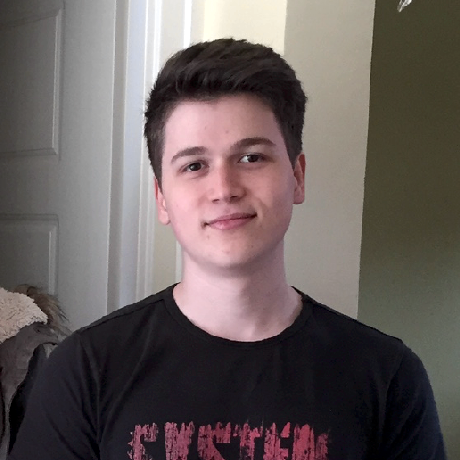 Recently, I’ve been experimenting with deriving various type class instances generically, and seeing how far we can go before having to resort to TemplateHaskell. This post is a showcase of one such experiment: deriving Bifunctor, a type class that ranges over types of kind * -> * -> *, something GHC.Generics is known not to be well suited for. The accompanying source code can be found in this gist.

The GHC.Generics module defines two representations: Generic and Generic1. The former is used to describe types of kind *, while the latter is used for * -> *. For example, the Generic1 representation is used in the generic-deriving package’s Functor derivation.

Then instances are defined for the generic building blocks. Whenever we have a GFunctor (Rep1 f), we can turn that into a Functor f.

With this, it’s possible to derive many useful instances of classes that range over * or * -> *. However, there’s no Generic2, so if we try to adapt generic-deriving’s Functor approach to Bifunctors, we’ll run into problems.

The type parameter p takes two arguments, but the generic Rep and Rep1 representations are strictly * -> * (in the case of Rep, the type parameter is phantom – it’s only there so that much of the structure of Rep and Rep1 can be shared, and Rep1 requires * -> *). This means that even if we defined a GBifunctor, we would need to require a GBifunctor (Rep2 p) which we could then turn into a Bifunctor p. Alas, Rep2 doesn’t exist.

Indeed, the deriving mechanism in the bifunctors package uses TH.

The solution is inspired by how lenses implement polymorphic updates. The idea is that a Lens s t a b focuses on the a inside some structure s, and if we swap that a with a b, we get a t.

s and t will be the generic representations, which means they are of kind * -> *. However, we’re going to be using Generic instead of Generic1, so the type parameter x is not used.

Unlike the GFunctor class, which looked exactly like Functor, this one is a lot different from Bifunctor. Also important to note that gbimap’s type signature is more polymorphic than that of bimap, so we need to ensure that our instances are properly parametric.

In an earlier version of this class, I had functional dependencies on the class that expressed this interrelation between the type variables, but I had to lose them so that more interesting instances could be defined (more on this later).

The first instance simply looks through the metadata node.

And similarly, for products.

The last boring instance is for unit types, these are trivially Bifunctors.

With all of the gluing out of the way, we can now get to the meat of the problem: the actual fields in the constructors. When considering a field, we have 3 cases:

The field is of type a, and we apply the first function to turn it into a b.

Similarly, if it’s a c, we turn it into a d using the second function.

Finally, the field is neither a, nor c, so we just leave it alone.

However, in our case, this is not a problem, because we’re going to invoke instance resolution with polymorphic arguments, so there will be exactly one instance that matches.

We can now revise our original class definition, and add a default signature (DefaultSignatures). This will make Bifunctor derivable with DeriveAnyClass.

Note the line GBifunctor (Rep (p a c)) (Rep (p b d)) a b c d. Here’s where we establish the relationship between the types. This now allows us to derive a Bifunctor instance for Either:

For example, when looking at the Left constructor, the compiler will try to find an instance for GBifunctor (Rec0 a) (Rec0 b) a b c d. There is exactly one instance that matches this, so our incoherent instance will not bite us. This is important: if instead we wanted an instance for a concrete type, say, Either Int Int, all of our incoherent instances would match, and an arbitrary one would be picked. However, we avoid this problem by ensuring that the instance is derived for the aformentioned polymorphic form.

With this, we have a correct implementation of bimap for Either:

Even better, compiled with -O1, all of the overhead from using generics is optimised away:

The following three instances do exactly that.

Now we can derive even more interesting Bifunctor instances.

We have seen a technique for approximating a hypothetical Generic2 representation with only using Generic. Of course there was nothing specific about the number 2, we can easily generalise this to any fixed number of parameters.

I’m planning on writing a post about a further generalisation of this idea, which allows us to talk about types that have an arbitrary number type parameters (unlike here, where it’s a fixed number), which I used in the generic-lens library, to allow for type changing lenses over any type parameter (thanks to the more elaborate extra machinery, there is no need for incoherent instance resolution).

It would be interesting to see how far this can be pushed before hitting a roadblock that would truly require a bespoke GenericN representation.

Thanks to @adituv for pointing out that two instances were missing.